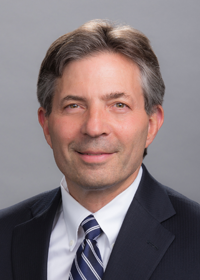 David R. Dearden is a shareholder of Sansweet, Dearden and Burke, Ltd. Dave represents health care practices and professionals in a wide variety of litigation and arbitration matters.

Dave handles all types of business and employment cases, including breach of contract, shareholder disputes, discrimination, and whistleblower claims. He represents clients in jury trials, non-jury trials, and arbitration. He also negotiates settlements and releases.

Dave has extensive experience defending professional licenses. He has represented over 100 health care professionals in investigations and hearings, including proceedings before the State Board of Medicine, the Nursing Board, the Psychology Board, the Dental Board, and the Massage Therapy Board.

Dave also represents physicians and other providers in medical staff investigations and hearings.

Dave has been honored to be selected as a Super Lawyer annually since 2009 and has been active in the Boy Scout Program for over 20 years and is a Scout Leader with Oreland Troop 1.